Battle | Catrice vs Essence eyeshadow base

Ding ding ding, you are right in time to witness the biggest battle of the week. A battle so iconic, so glorious, so deciding that the US presidential election isn’t much compared to this. Are you already getting what I am talking about? Nope? Well let me explain, I will be reviewing and  comparing  two eyeshadow bases and tell you which one is the best buy.
In the left corner we have the Catrice prime and fine eyeshadow base and in the right corner the Essence I love stage eyeshadow base. Are you excited already? Yes? Well than let’s get it on!

Catrice:
This eyeshadow base has a simple and squared design. I think it looks expensive, because I don't have the feeling that I bought a drugstore product if I only look at the design. I also find this design clean and classy looking. I really like the inside of the bottle though! The applicator is small but big enough to touch your eyelid without applying to much of the base on it. So no need to use your fingers for that! 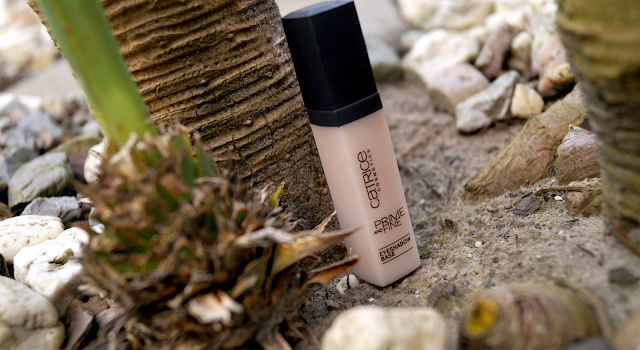 Essence:
This one looks more like a drugstore product as you can see. I think the design is more childish but still a bit classy with the overpowering black colours. I think they could have kept it more simple because it's just eyeshadow base but somehow I still like it. However I don't think it's really special or anything. Personally it doesn't really attract me.
Now let's talk about the applicator. It's a really big thing and as you can see in the picture below it's much bigger than the Catrice brush. You can't use it to put the base directly on your eyelid, you first have to dab it on your finger and then apply it to your lid. Otherwise you will apply way to much on your eyelid and you will have to remove it a bit with a tissue. 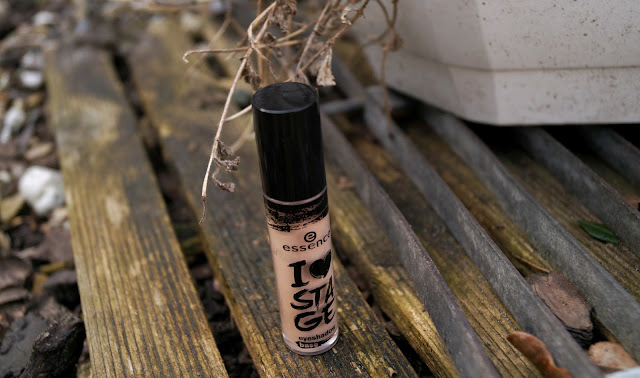 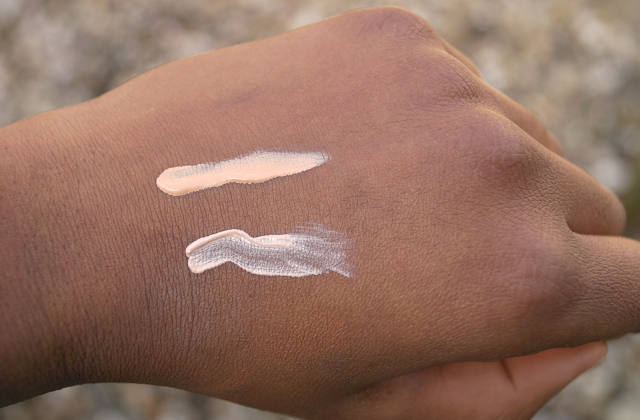 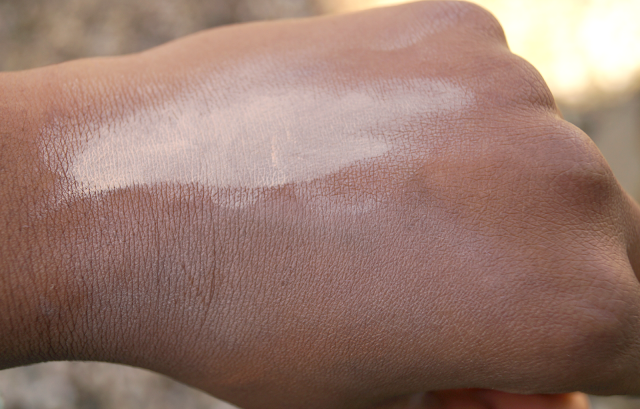 Catrice:
The shades of both these products don't even come close to my skin colour. But I think catrice did a creat job on making there base colour almost invisble while blending. I applied quit a lot on my hand but when I apply this to my eyelid and blend it into my skin, the shade almost dissapears. So I recommend this one for the girls with darker skin because I could simply were this without eyeshadow just to lighten up my eyelids a bit. But I also think this one really adds up to lots of skin colours despite the Essence one.
Also the texture of this base is really soft and almost watering but not to much. I really like the way I can spread it over my eyelid and it dries so quick!

Essence:
As you can see, this base has a pretty obvious shade. And a bit orange compared to the Catrice shade. Blending this was one hell of a challenge because the texture is really thick and it gives a kind of pancake effect. I don't really know how to explain it but it's not really soft or it doesn't really blend easy into your skin. It's a mouse kind of texture or even toothpase. On your eyelid it's even harder and it takes quite a time to dry. 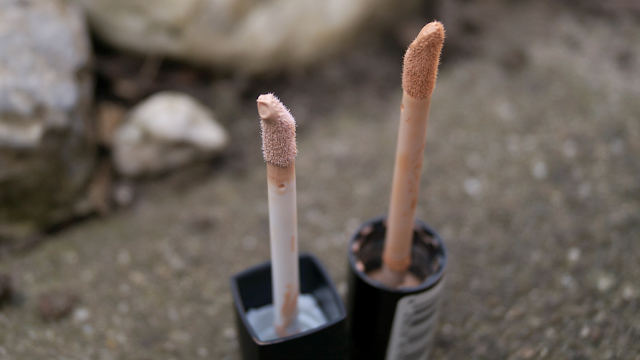 Round 3: Blending eyeshadow
Catrice:
This round is quit important because to be honest it's all about how the eyeshadow works out on these bases. Well I think that this base is great for eyeshadow and blending your eyeshadow and creating make up looks. The colours really stick to your eyes and you can build up the colours easily. I am really positive about that!

Essence:
This one is also a good base for eyeshadow. But I personally think that the blending works less well on this one than the catrice one. Not much difference, but I think that's something you personally need to decide. I bought this one before the Catrice base and I think the Catrice base is a way better base to create make up looks. The colours also stand out more with that base. So this one is fine, but not the best out there for the bigger 'looks' if you know what I mean.

Catrice:
It's a great base, it seriously is, but what really bothers me is that it's not that long lasting!
At the end of the day, already half of my eyeshadow was gone and I was quit disapointed. Maybe I applied to little? I don't know. But I actually expected a lot more from this base, based on the things above that I experienced. ( Boo! )

Essence:
This base however makes my eyeshadow last really long! It's a good base, I think the catrice one is better but this one is also just fine. And I think making the eyeshadow last long is one of the most important things, but that could be different for someone else.

AND THE WINNER IS:

CATRICE
Despite not lasting long, this base helps creating great eyeshadow looks, blending and it has the perfect shade. And you even could fix the not so long lasting problem by using a primer or maybe combine 2 eyeshadow bases? Anyway, if you want to buy a budget eyeshadow base this one is the best buy. It's more expensive but good quality! 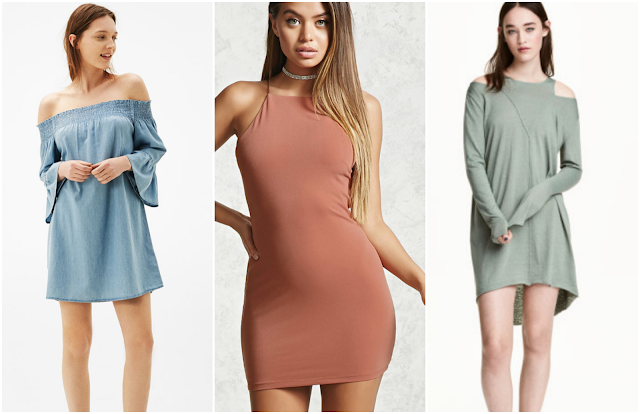 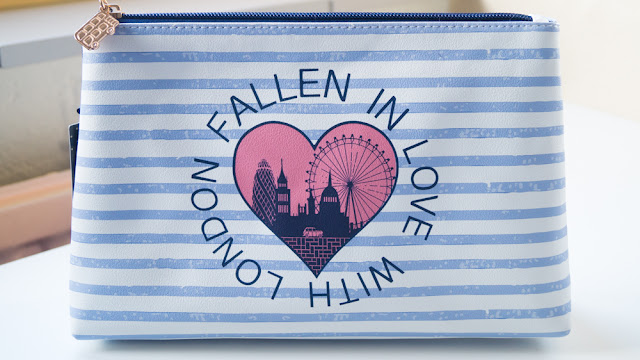 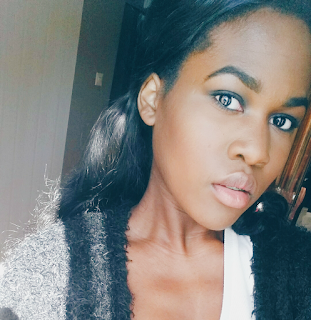